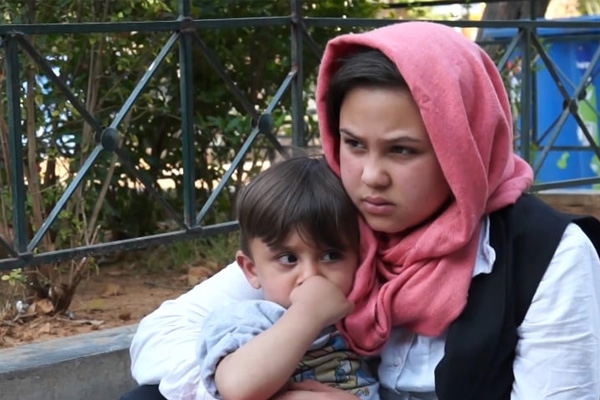 "Dirty Roses" is a humanitarian documentary and deals with the power of the soul of the disabled persons and individuals or families who came from the Arab world in Greece as war or economic or political refugees. Two extreme marginalized groups with the most helpless victims, the one of the countries of the third world with racial and ethnic minorities, and the second one is often socially degraded. Their common field is the hope, their love to dream and their struggle to live in freedom, the triptych of the motto "that which does not kill us makes us stronger"!
The heroes of the short film, Nana the Greek handicapped girl, Hassan the red roses' seller and Mirage an Iranian refugee, are the real characters and not professional actors. Several Afghani people who live with their children in a Greek camp appear in the film.

Efi Nichoriti made the adaptation of the monologue from Robert Schneider's theatrical play, "Dirt".

More in this category: « Roses Trilogy Thornless Roses »
back to top