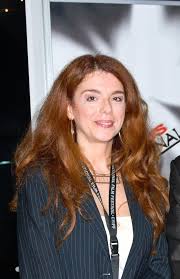 Petra Terzi has studied Business Administration, Classical Studies, Life Coaching, Film Direction, Writing and Film Production. Petra's films, produced from 2016 to 2019, have been selected in over 60 Festivals. She has received awards and been a finalist in over 20 Film Festivals. The “Studio - To Belong to Yourself” - a proof of concept for a feature film- is Petra's first student short film and was officially selected in the 69th Cannes Festival Short Film Corner in May 2016. Petra with the feature documentary film “She Should Run – Cyprus” (concerning women empowerment, human rights, diversity, war victims etc) received the Master of Arts in Digital Video Production in Neapolis University in Cyprus. She co-wrote the “49 Years After”. She directed the documentary “Roses Trilogy” about refugees and minority groups. Her feature films including “Emergence”, based on Michael Kokkinaris' novel, a horror medical ethical drama, “Butterfly's Dizziness”, Petra's script, a psychological thriller, and "Round Red Candy", a romantic drama, are under development as well as the inspirational film "I am Nana" based on the true story of a disabled girl.

Petra is a visiting professor at the Communication University of China in Nanjing, a member of the Greek Directors Guild, the Cyprus Directors Guild and the NYWIFT (Women in Film and Television in New York). She is a jurist at the Jaipur International Film Festival, at the Karl Bardosh Humanitarian Cellphone Cinema Awards@Cannes and the founder of the Women In Film and Television in Cyprus (CYWIFT). 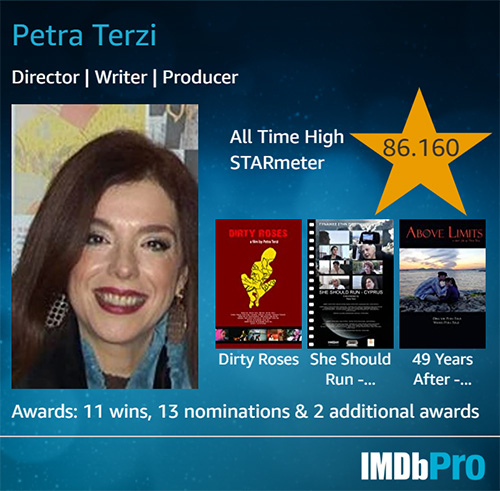