She Should Run - Cyprus 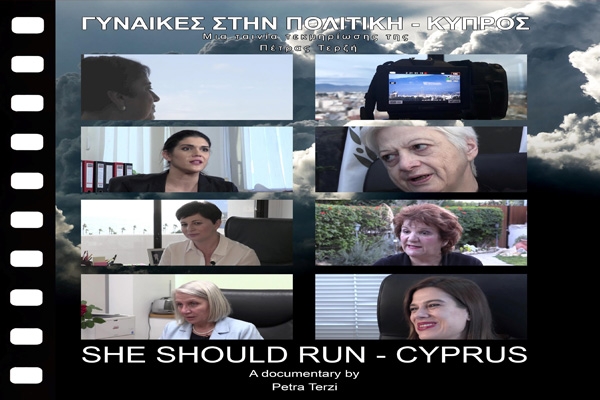 Description: The film explores in depth the recent history of Cyprus including the Turkish invasion (1974), human rights issues and gender equality through the experiences of nine women involved in politics in Cyprus and living in Nicosia -the last divided capital in Europe. Nine women from different parties and political positions have a common goal in their actions: Peace!
Exclusive interviews with the First Lady and the President of Cyprus Republic Mr Nikos Anastasiadis.
More women in elected office means a successful government and a better world. Let's do it! The mission of this documentary is to expand the talent pool of women running for office in Cyprus and to inspire more women to serve in the community. A nationwide community of women leaders are interviewed in Cyprus. Many are already community change-makers, leaders in their fields or workplaces and local and European office holders. 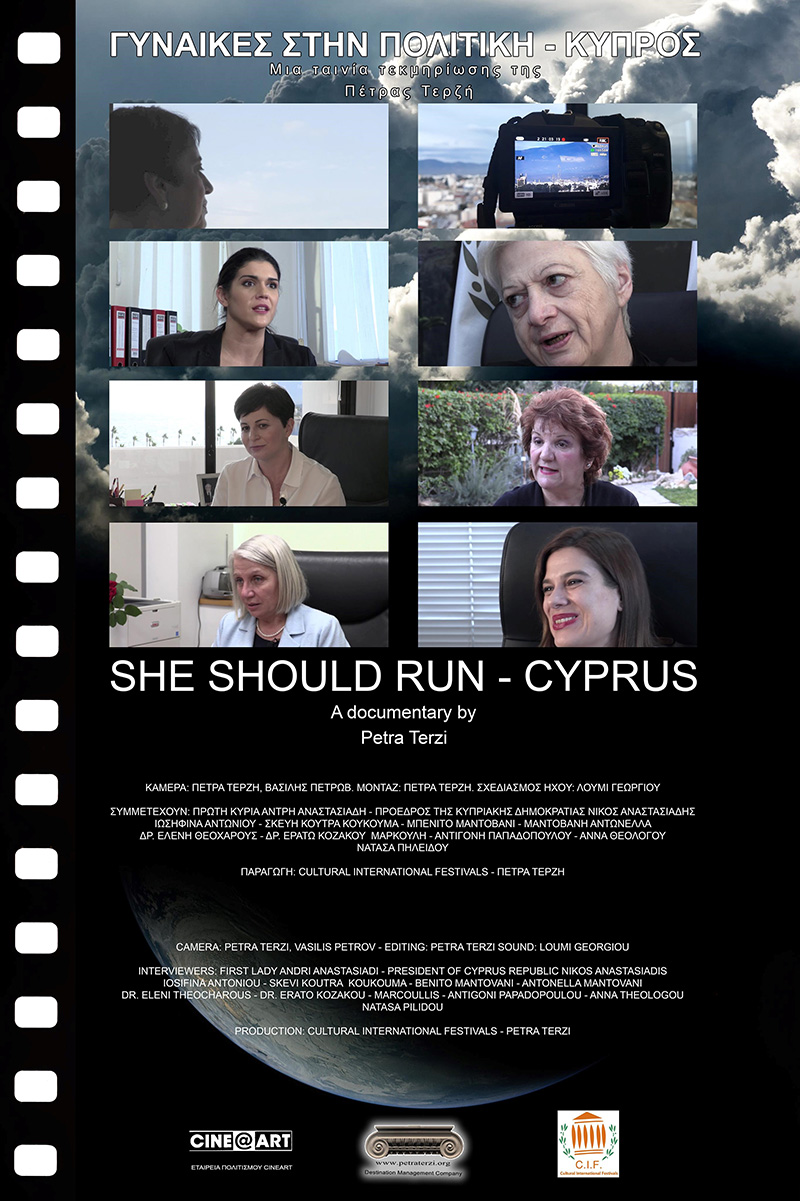 Director's statement: I believe that Women of all political leanings, ethnicity, and background should have an equal opportunity to lead through elected office. Our democracy will benefit from the varied perspectives and experiences that women bring to leadership. With this movie I wish to give a voice to women and inspire more women to decide to run for an office in their community and more people to vote for women at elections.